INE figures indicate that 1.3 million citizen signatures have been preliminarily validated in favor of the Revocation of Mandate in Mexico.

The National Electoral Institute (INE) announces that, as of this December 28, 2021, 10.8 million signatures of people who demand that the Mandate Revocation be carried out have been registered.

Not all of them have gone through the validation process, that is, it is verified that they are citizens registered on the Nominal List. 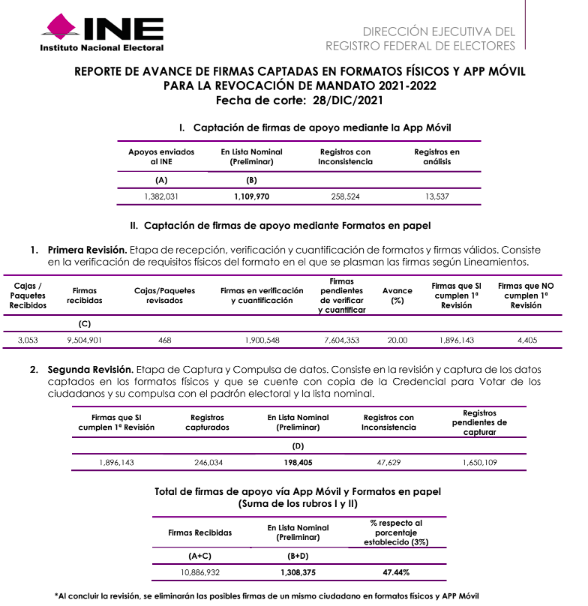 These signatures correspond to Supports that have requested through the mobile app and also through paper format.

Of this total, 1.3 million is preliminarily also documented in the Nominal List. With this, it is established –also on a preliminary basis– that there are 47.4 percent of the total requirement established for approval, which is in turn three percent of the nominal list.

The vast majority of firms are support made through paper, which total 9.5 million and whose review progress is around 20 percent.