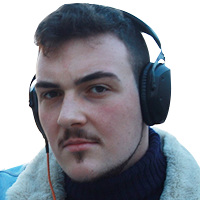 Last Friday night during the Friday Night SmackDown program, Paul Heyman spoke of his dismissal by WWE Universal Champion Roman Reigns and said that his career with the McMahons is “most likely” over.

It seems that Heyman’s break will be very short because there are plans for him at the WWE PPV, Day 1, as stated by the journalist specialized in professional wrestling Dave Meltzer of Wrestling Observer Radio. While commenting on the absence of Roman Reigns in recent live shows, the journalist stated that some of the key talents stayed out of the tour because they wanted to protect key matches for Day 1. He also said Heyman will be involved in some way.

“Obviously, he’s going to have something to do with the plot line Saturday because they essentially told me that it was very, very important to WrestleMania that both the WWE Universal Champion, Roman Reigns, like Brock Lesnar and Paul Heyman don’t miss this event. His name was mentioned to me in that context, so obviously there is something great there. “

Interestingly, in his interview last Friday night, Heyman did not say he was going to work with Lesnar again and instead doubled down by saying that I was protecting The Tribal Chief. Some kind of twist seems likely, be it this Saturday night where Heyman help Reigns retain the title or at WrestleMania where Heyman helps Reigns win the title again from Lesnar, but either way, it seems like Heyman will be very involved in the story.

Remember that the next WWE PPV is WWE Day 1 and in Solowrestling you will be up to date with all related news.