The iPhone SIM card is one of the last physical bastions to conquer within its chassis. Currently occupied by an item external to the iPhone, its days could be numbered. From MacRumors they claim to have received anonymous information in which Apple would have told US carriers preparing for an eSIM-only iPhone in September 2022. In other words, the iPhone 14 would be the first to have no SIM tray.

Goodbye to the iPhone SIM card in 2022

An anonymous whistleblower has assured MacRumors that Apple has advised major phone operators to prepare for an eSIM-only smartphone launch by September 2022. The whistleblower shared a seemingly legitimate document showing the timing of the initiative, Although the document does not specifically mention Apple or the iPhone.

MacRumors indicates that other measures in this transition are also specified in the document. As for example, that some iPhone 13 models sold from the operators will not have a nano-SIM inside, just like the iPhone 13 bought in Apple stores. In these cases, the user can activate his telephone plan by connecting to a Wi-Fi network. 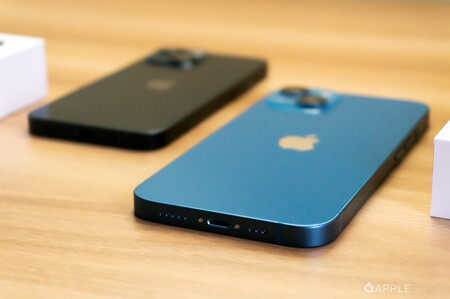 The iPhone 13 are also capable of handling two eSIMs at the same time. This is perfect for those who use the same iPhone for two different lines, one of work and another personal. The deletion of the physical card would not be an impediment for this type of user.

The SIM tray has always accompanied the iPhone. It precedes this smartphone and has been a constant since the birth of mobile telephony. In this sense, it is like the audio jack, since it takes up space and it is not so useful to do so.

Goodbye to the SIM tray on the iPhone, a relic of the past 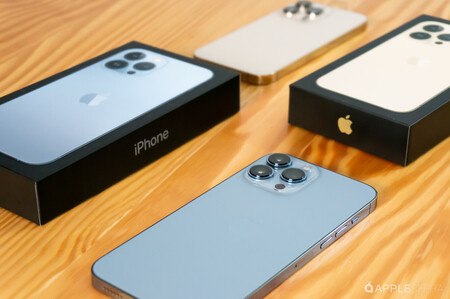 Every millimeter of space inside an iPhone is coveted. Therefore, no one should be surprised that Apple plans an iPhone without a SIM card sometime. The benefits for the user that accompany the eSIM are the following:

From Apple’s point of view, the appeal is more than obvious. Fewer parts inside would free up space for other components, like the battery. The manufacturing process would be simplified, avoiding including the SIM removal tool (which can be placed as good for the environment).

Dispense with physical SIM cards can make it more difficult to change numbers in other countries, as well as the use of the iPhone as a “burner” phone.

Although eSIM is quite widespread among operators, not all of them have it nor is its distribution homogeneous in the world. That is why we will probably see an iPhone 14 model with a SIM tray.

Without any doubt, the iPhone without a physical SIM is one more step towards the iPhone definitive. The model devised by Jony Ive It is that of an iPhone that is only a kind of glass monolith. An iPhone without ports, buttons, or holes like the one on the SIM tray. With the iPhone 14 we would be one step closer to this ideal.