To talk about Thanksgiving is to make it – inevitably – of the NFL. Not only is it one of the most important holidays in the United States (the one that opens the holidays in the neighboring country), it is also one full of tradition, family and American football, to the point of being one of the most anticipated days, behind the Super Bowl and very on par with the kickoff and the playoffs.

For many years we have seen the Detroit Lions and Dallas Cowboys as two of six Thanksgiving Day stars, and this year will not be the exception.

The action will begin at 11:30 am, when the Lions host the Chicago Bears at Ford Field; after, at 3:30 p.m., the Cowboys will host the Las Vegas Raiders, while the activity will close at 7:20 pm, with Thursday Night Football (and the only Thanksgiving game that changes the local team), with the clash between the New Orleans Saints and the New Orleans Bills. Buffalo. 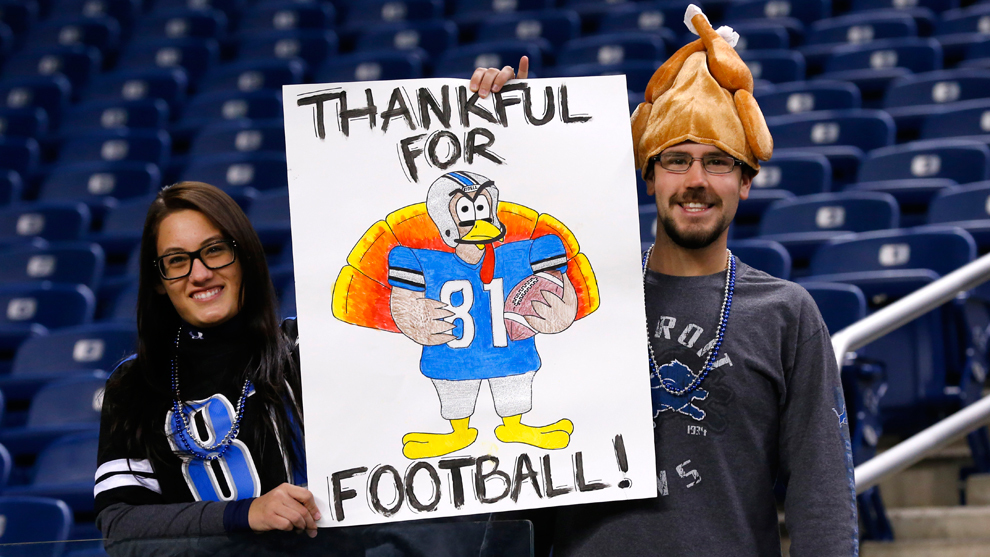 Why do Dallas and Detroit always play?

That is the question that many ask themselves year after year. Why do only the local teams change in the Thursday night game, But the Lions and the Cowboys always have that day in store for them?

To solve this question, you have to explore the history of the NFL a bit. Detroit was the first to keep this date, when in 1934 George Richards wanted to make a game on this eve to attract people to the stadiumsBecause the team had only been in the city for a short time and they needed the fans to feel the colors, as they did with the Detroit Tigers in the Major Leagues.

The first game was against the Chicago Bears, who won in a tight game 19-16. Despite the disaster, the Lions were winners, by getting a fixed date for them and staying with the honor of playing on one of the most important days of the year.

For this year, the Lions will try to get their first victory of the year precisely against Bears that will start with Andy Dalton as the starterafter Justin Fields’ broken ribs against the Baltimore Ravens on Sunday. It will be a kind of reissue of that first game from 1934, hoping to end their losing streak.

The history of the Dallas Cowboys

Although it is an honor to play on Thanksgiving today, very few teams saw it that way in the 1960s, considering that many families would prepare for dinner and would not pay attention to events in the afternoon.

It was Ted Schramm, then general manager of the Cowboys, who saw an opportunity to publicize the team, which was just beginning to fuel under Tom Landry. Their first Thanksgiving game was on November 24, 1966, when the so-called Team America defeated the Browns 14-26. of Cleveland.

It was a total success that was lived, so much so that today it is, quite possibly, the most anticipated game of Thanksgiving Day. Last year was not the most positive for the Lone Star, who lost 41-16 to Washington Football Team; his last victory happened on November 22, 2018 against Washington, who still had the nickname of Red Skins: the scoreboard it was 31-23 in favor of Dallas.

This year, lThe Cowboys go to the Las Vegas Raiders, tasked with bouncing back after losing to the Kansas City Chiefs, with an offense that did not carburize in the red zone and was limited to three field goals.

In 2006, to accompany Detroit and Dallas, the NFL established a third Thanksgiving Day game, only at night. After a year of absence (due to the pandemic), the nightly Thanksgiving game returns with the New Orleans Saints, who host a downtrodden Buffalo Bills, who have lost two in their last three games and ceded the AL East lead to the New England Patriots.