The Suzuki S-Cross 2023 takes a step forward in the small SUV strategy of the Japanese firm globally. Its new generation was developed – in the words of the brand itself – from the concepts of robustness, sophistication and versatility, as a complement to the current Vitara offering. 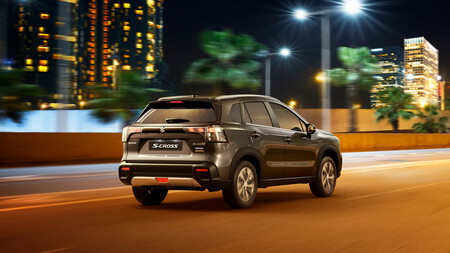 The design evolution has been deep and less risky than that of the previous model. The new S-Cross bets on squarer features, a larger grille and, in general, a character closer to that of an off-road thanks to more robust wheel arches and more eye-catching underbody guards on both bumpers. 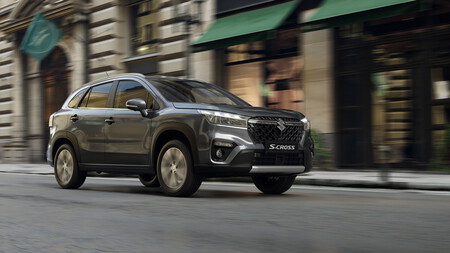 The Suzuki S-Cross 2023 measure the same 4.3 meters long than the previous model and, in fact, it respects the 2,600mm wheelbase, which suggests that there was no new platform, but a reconditioning of its original architecture.

For Europe, which will be the first region to receive it, it will carry a 1.4-liter turbo engine with a 48V micro-hybrid system, capable of generating a total of 127 hp and 178 lb.-ft., with a choice of front-wheel drive or AllGrip all-wheel drive with off-road programs. For Mexico it will most likely keep the outgoing generation engines: a 118-hp 1.6-liter naturally aspirated and a 138-hp 1.4-liter turbo, both with six-speed automatic transmission. 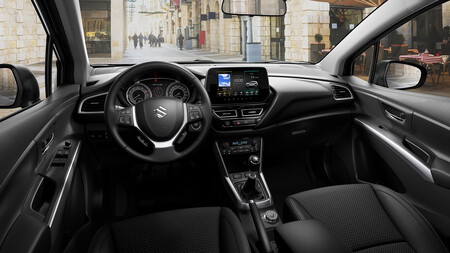 Now let’s talk about interiors. Several elements of the cabin were taken from the previous model, such as the steering wheel, some buttons and the climate control controls. The board, however, now opts for a fresher design and with a new 9 “touch screen, compatible with Android Auto and Apple CarPlay. 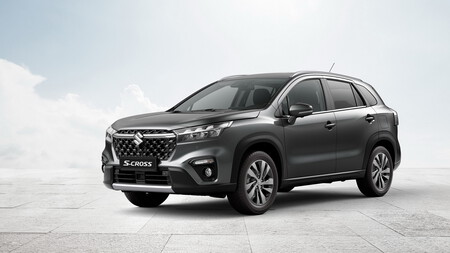 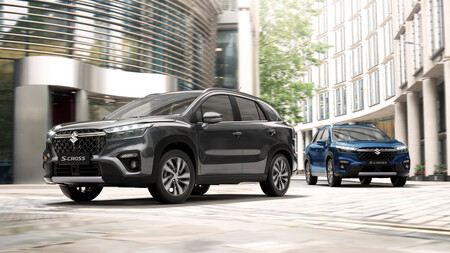 The production of this model has already started in the factory of Suzuki on Hungary. Its launch in Europe will take place in December of this year, to continue its expansion into Latin America, Oceania and Asia in the coming months. We can wait for it in Mexico in the course of 2022.