In the last 24 hours, Mexico added 263 deaths and 4,128 new cases, with which 293 thousand 449 deaths and 3 million 876 thousand 391 infections are accumulated, according to the report of the Ministry of Health. 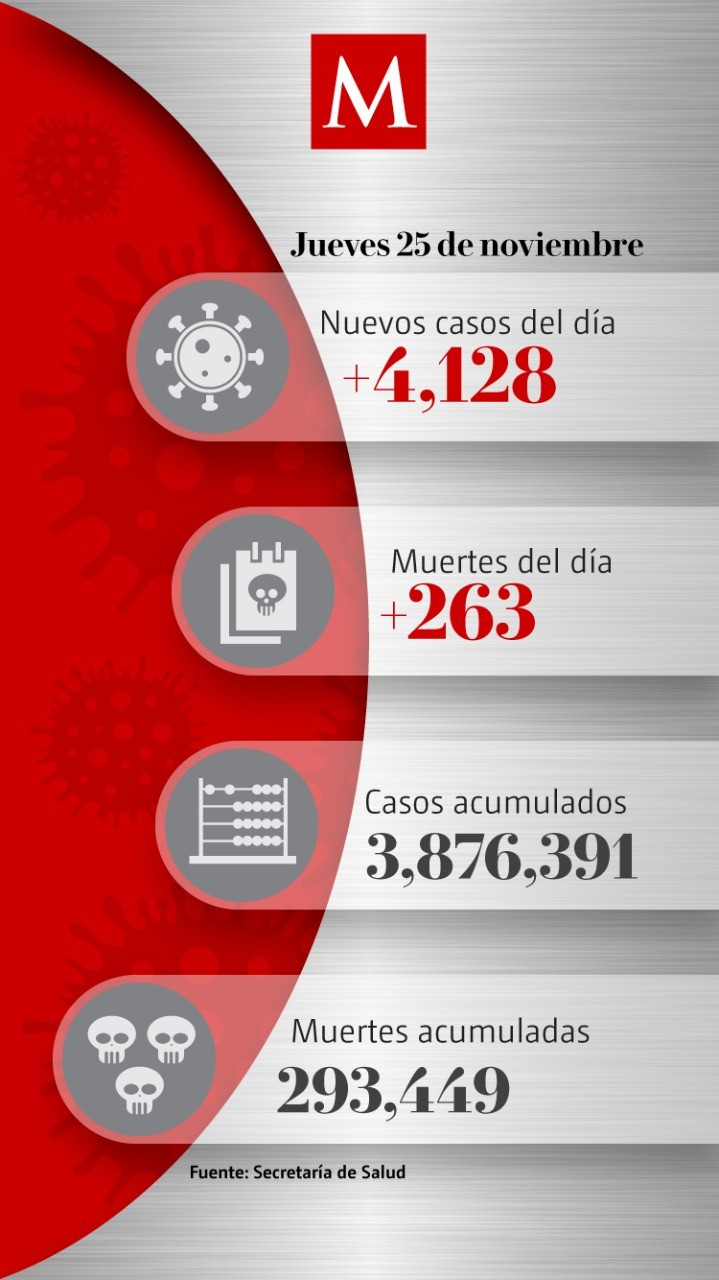 According to the Ministry of Health, until today’s information cutoff there are registered 20 thousand 513 active cases with an incidence rate of 15.9 per 100 thousand inhabitants.

The distribution by sex in deaths from covid shows a prevalence of 62 percent in men and the median age of deaths is 64 years, reported the Ministry of Health.

According to the national occupation of hospital beds, it is recorded 89 percent decrease in relation to the peak registered in January. 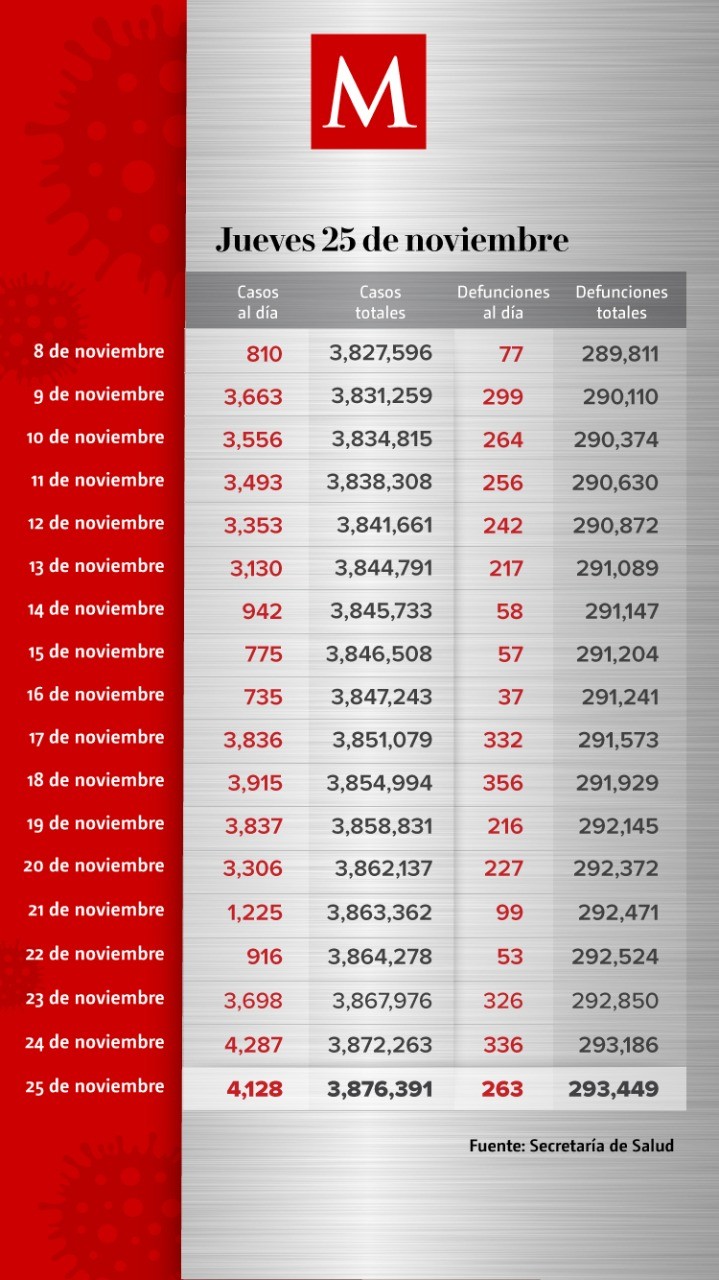 For the fourth consecutive day, reported the Ministry of Health, the occupancy of general beds and beds with a fan remained unchanged, to settle at 17 and 13 percent, respectively.

“Epidemiological week 45 records a 12 percent decrease in the number of estimated covid-19 cases compared to the previous week. In the last 14 days, 21,863 people had signs and symptoms; they correspond to 0.5 percent of the total, “he reported.