The Thanksgiving Day (or Thanksgiving Day in English) is one of the most important holidays and emblematic for the inhabitants of USA, who annually commemorate it on the fourth Thursday of November. Entire families come together to give thanks for all the blessings in their lives, but it has also become a date synonymous with the NFL.

What is Thanksgiving Day?

The Thanksgiving Day was born as a “Harvest Festival”, that is to say, a harvest festival. Its origin dates back to 1620, when a ship called the Mayflower arrived with more than 100 English settlers to settle in the New World, though more than half of them died from hunger and cold in the first winter.

In a spirit of solidarity to reach out to newcomers from the Old Continent, a group of Native American Indians offered their help to teach them to sow, hunt and fish. Thanks to that, abundant crops of grain, barley, beans, and squash were harvested in the fall of 1621. The settlers threw a big celebration of thanks and organized a feast that the Americans historically named as The America’s First Thanksgiving.

When was the first NFL game played on Thanksgiving?

The first professional football game in the Thanksgiving was played in 1920 between the Canton Bulldogs and Akron Pros. Five years later, the Chicago Bears and Chicago Cardinals met before 36,000 fans – a record attendance at that time – at Wrigley Field, the home baseball stadium of the Chicago Cubs.

The NFL had its first game broadcast nationally on Thanksgiving, 1934 with the Chicago Bears against the Detroit Lions, a team that adopted the tradition of playing every year on such an important date. So far they have a balance of 37 wins, 42 losses and 2 draws; 2021 will mark his 82nd home team game on Thanksgiving.

Between 1941 and 1944 there were no Thanksgiving games due to World War II, resuming the tradition (whose first stage was from 1920 to 1940) in 1945 and since that date it has been played without interruption.

Why is the NFL played on Thanksgiving?

Being a holiday In America, people found in the NFL a moment of family recreation before the big Thanksgiving dinner. Without counting the Super Bowl, Thanksgiving Day games tend to register the highest audience levels, especially those of the Dallas Cowboys, which in 2021 will add their 54th appearance.

In this year there will be three NFL games on Thanksgiving Thursday: Chicago Bears vs. Detroit Lions, Las Vegas Raiders vs. Dallas Cowboys and Buffalo Bills vs. New Orleans Saints. The NFL tripleheader was established in 2006 since before there were two games. 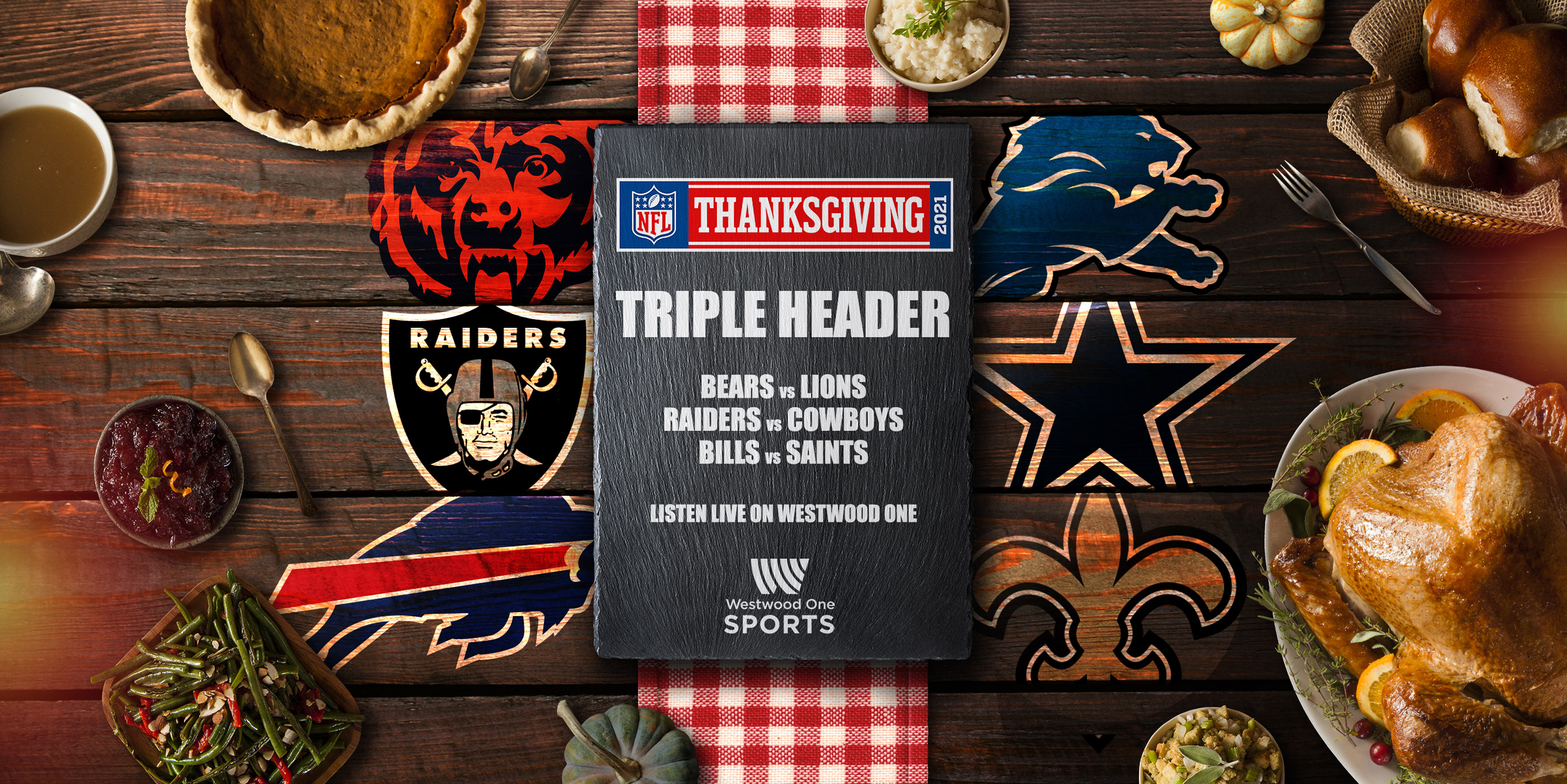